Growing up, Sage was never into athletics because she had been focused on a career in theater since the age of 7. However, during COVID restrictions, the theaters were closed, and she found herself focusing on her physical health instead. Just before her 15th birthday, she began working out to get into shape. By December 2020, she found herself fully immersed into weightlifting, which led to her discovery of the sport of CrossFit. 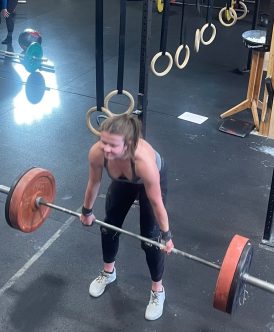 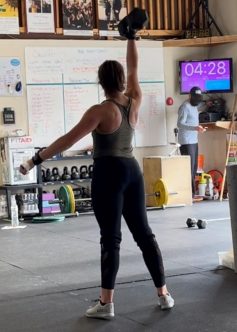 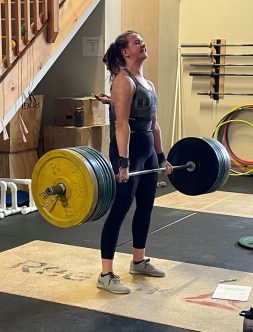 Sage trains between 20-30 hours per week. She met Leslie, her coach, in September 2021 after becoming affiliated with a gym. Before that time, Sage had trained by herself in her garage. Sage reached one of her longest goals by deadlifting 290 lbs! 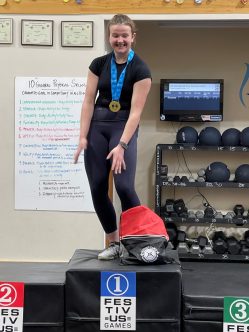 We are so happy Sage has found a focus she can really put her heart and soul into. She would like to enter the CrossFit Games as an elite woman athlete in 5-10 years. We believe in you, Sage!

Work out while putting school work in! 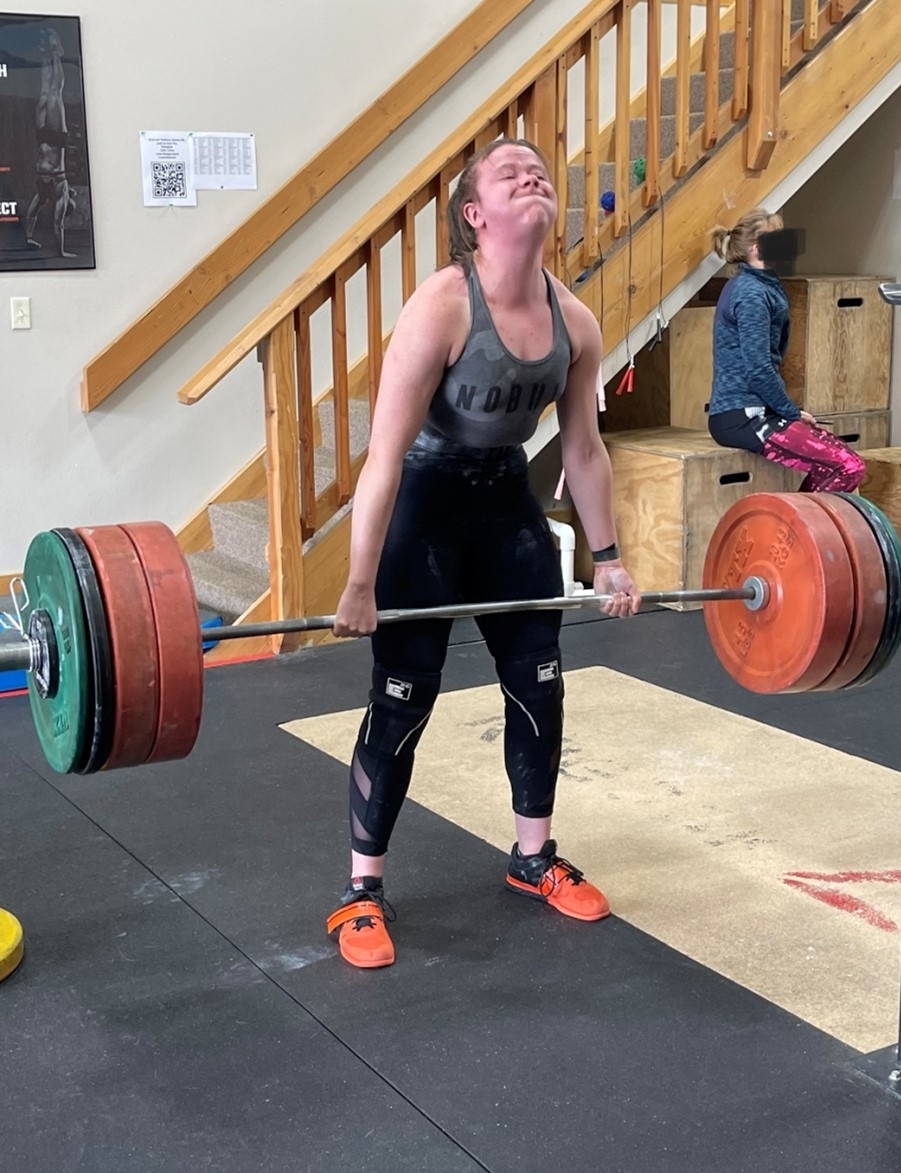