Life of a Singer/Song Writer

If you ask any songwriter what the first step is to penning a song, they will tell you to write what you know! For 16 year old, Shyanne Wilson, that is exactly what she’s been doing since her very early years. Shyanne grew up in a musical home as her dad Robby Wilson is a successful producer/songwriter and also the bassist for country group Lonestar.  “Shyanne was a natural lyricist and blew us away with her ability to clearly put her thoughts to music”, says her dad. She began writing her own songs at the tender age of five, and released her first single at the age of ten called “Get A Life”.  That song came out of a year of dealing with bullies at her school that eventually inspired her to write the anti-bully anthem.  The song quickly spread to kids, parents and teachers all around the globe and with all the positive feedback, Shyanne realized first hand the power of music.  “From that moment on, I knew without a doubt, that this was my life calling.”

At 13, Shyanne was asked to star in a docu-reality series called ‘Road to Nashville’ which follows her and four other young artists as they pursue their musical dreams. The series premiered on the AwesomenessTV Network, a Dreamworks subsidiary, Oct. 18th, 2014.  The show was well received and was nominated for an Emmy Award at the end of 2015.

January of 2016, Shyanne decided to make the switch to home school and completely commit to her musical journey.  She has been working hard on writing new material which she’s been recording in Nashville and Los Angeles with the help of her dad and some of the biggest named producers in the business such as AnonXmous (Nicki Minaj, Beyonce, Chris Brown).

The non stop work has resulted in six new singles being released since April of 2017.  These new songs are quickly connecting to music lovers globally which is easy to see as her streams on Spotify are increasing by the thousands weekly.

And yes, she’s only 16 and this is just the beginning for Shyanne.  Many exciting things are in the works and will be shared soon….stay tuned! 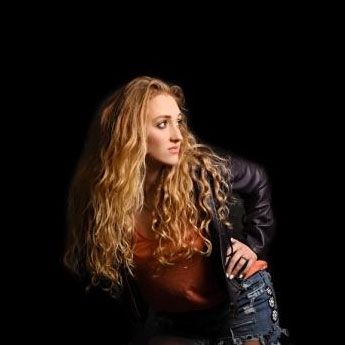